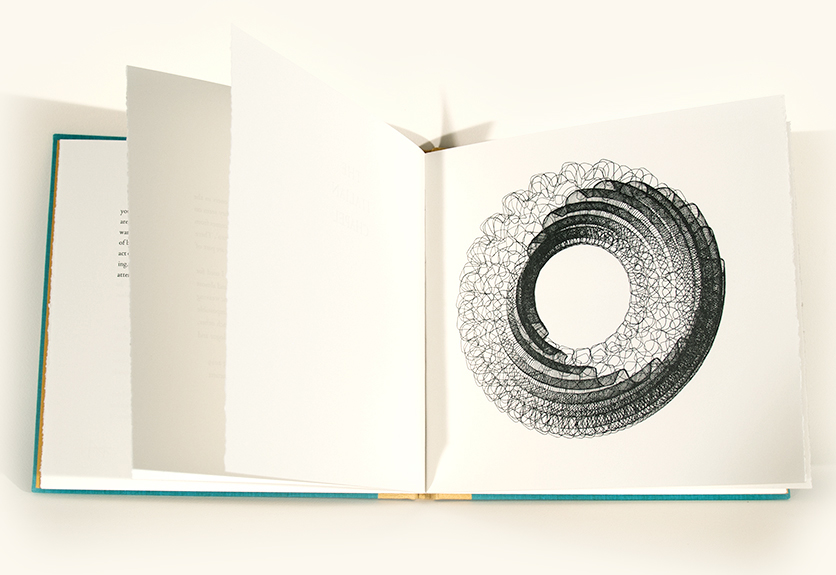 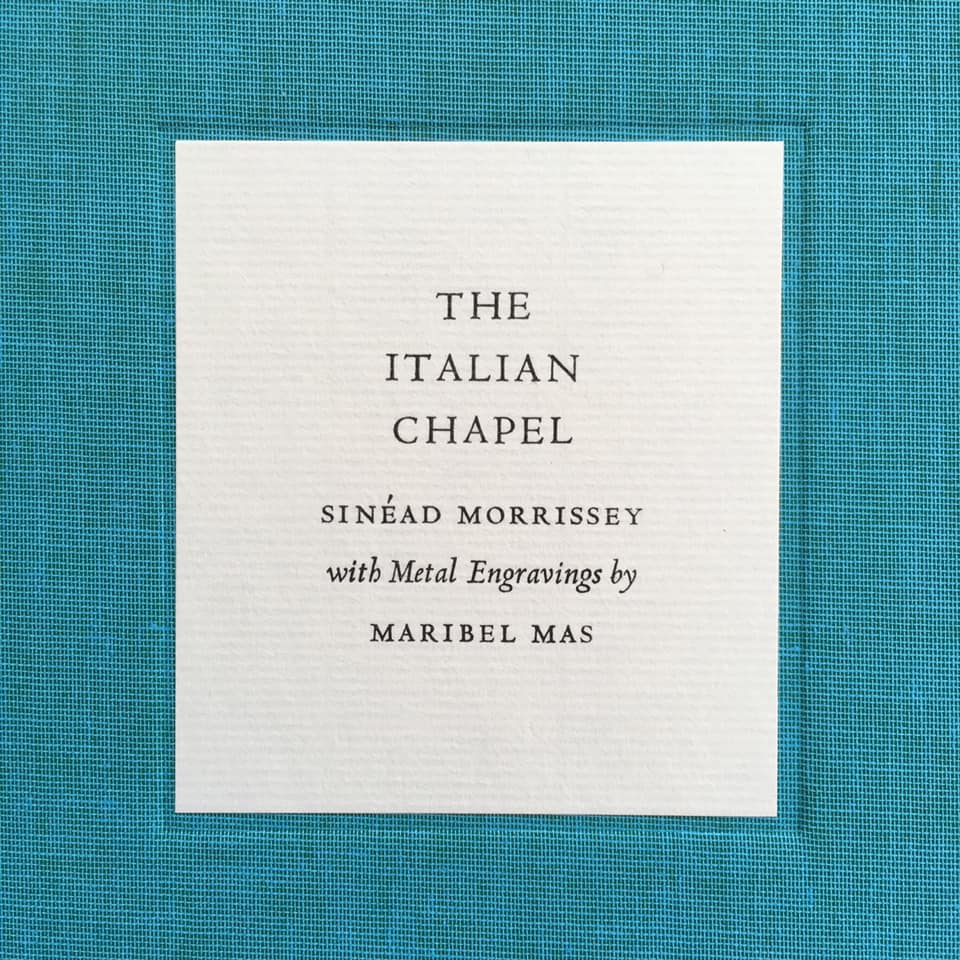 “The Italian Chapel features one, 84 line poem’ book with 2 metal engraved illustrations, as such it has fewer pages than my normal approach but, I think that the poem is wonderful and I was very keen to present it. The poem is supplemented by statements by both the author and the artist.

The edition, designed and printed by John Grice of the Evergreen Press, Stonehouse, Gloucestershire, was printed from Centaur 16 point type on Zerkall paper and bound at the Fine Book Bindery, Wellingborough, England.” 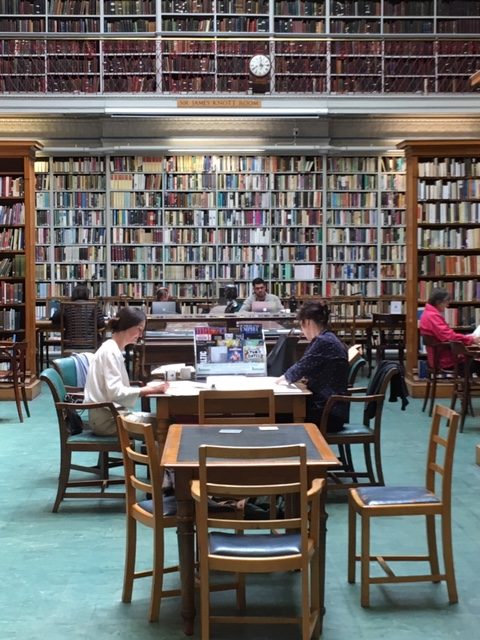 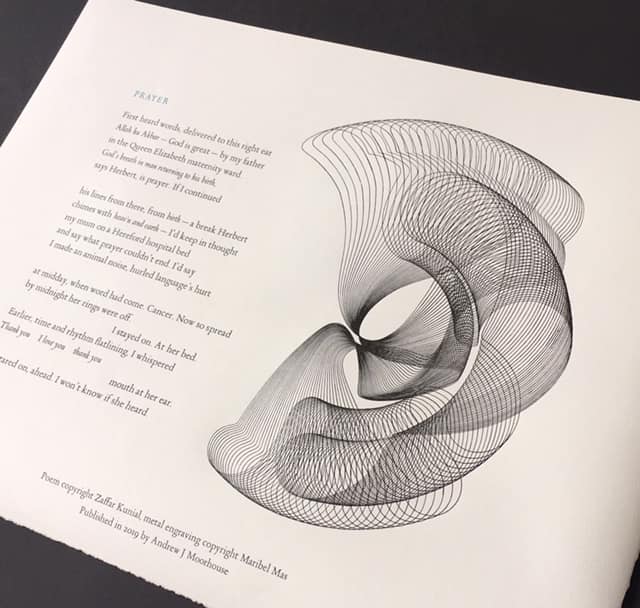 Broadside of Zaffar Kunial’s poem “Prayer” with the metal engraving.
The drawing was done in a black film with a diamond point tool, and later transferred to the magnesium plate with a photographic and etching process. 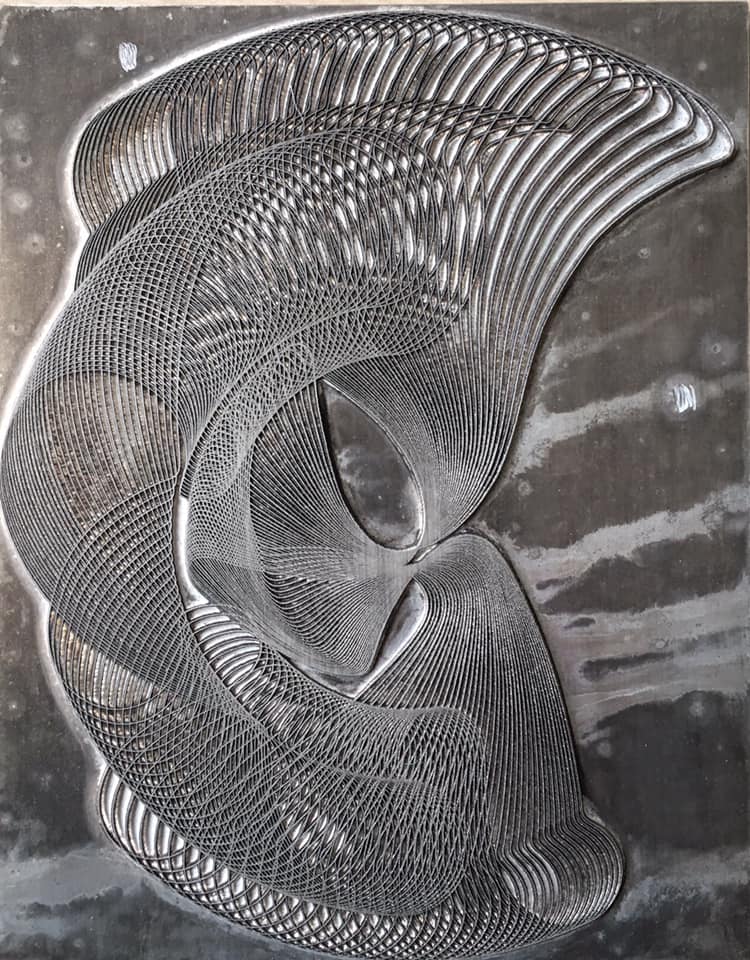 Fine Press Poetry is run by independent publisher Andrew Moorhouse, based in Rochdale, England. Andrew specialises in creating beautiful letterpress editions of collections of poetry accompanied by illustrations by wood engravers and artists.

Evergreen Press, established in the 1980s by John Grice, prints traditional letterpress to the highest standards. The main activity of the press is the design and printing of limited edition books, but the press also frequently editions wood engravings for several of the country’s finest in the field, and still takes on some jobbing work.
Over the years the press has built up an extensive collection of fine, and often rare, type and works with a range of presses. Typesetting and presswork is by hand, although books of greater extent can be set and cast by Monotype hot-metal.
For the final stages of book making, Evergreen works closely with a handful of fine press book binders.

Sinéad Morrissey, born 24 April 1972 in Portadown, County Armagh is a Northern Irish poet. In January 2014 she won the T. S. Eliot Prize for her fifth collection Parallax and in 2017 she won the Forward Prize for Poetry for her sixth collection On Balance.
She was appointed writer-in-residence and then Reader in Creative Writing at Queen’s University, Belfast. In 2016 she was appointed Professor of Creative Writing at the University of Newcastle. She has published five collections of poetry: There Was Fire in Vancouver (1996), Between Here and There (2001), The State of the Prisons (2005), Through the Square Window (2009), and “Parallax” the second, third and fourth of which were shortlisted for the T. S. Eliot Prize. In 2017 she published her sixth collection On Balance.
She won the Patrick Kavanagh Poetry Award in 1990. Her collection, The State of the Prisons, was shortlisted for the Poetry Now Award in 2006. The same collection won the Michael Hartnett Poetry Prize in 2005. In November 2007, she received a Lannan Foundation Fellowship for “distinctive literary merit and for demonstrating potential for continued outstanding work”. Her poem “Through the Square Window” won first prize in the 2007 British National Poetry Competition. Her collection, Through the Square Window, won the Poetry Now Award for 2010.[8]
In January 2014 Morrissey won the T.S. Eliot Prize for her fifth collection Parallax.[2] The chair of the judging panel, Ian Duhig, remarked that the collection was ‘politically, historically and personally ambitious, expressed in beautifully turned language, her book is as many-angled and any-angled as its title suggests.'[9]
In September 2017 Morrissey’s sixth collection On Balance was awarded the Forward Poetry Prize for Best Collection.

Zaffar Kunial is a British poet born in Birmingham, who currently lives in Shipley, Yorkshire. His mother was English and his father, who has since moved to Lahore, is from Kashmir. Zaffar studied at the London School of Economics and later attended Michael Donaghy’s classes at City University.
Zaffar Kunial published a pamphlet in the Faber New Poets series in 2014 and was Poet-in-Residence at the Wordsworth Trust the same year. In 2011 he won third prize in the National Poetry Competition with ‘Hill Speak’. With Steve Ely, Denise Riley and Warsan Shire, he contributed to The Pity, a series of new poems commissioned and published by the Poetry Society as a response to the centenary of the First World War. The Pity commissions were premiered live at Purcell Room, Southbank Centre, on 2 October, National Poetry Day, 2014, accompanied by background visuals by Robert Peake.
Zaffar Kunial works as a full-time ‘Creative Writer’ for Hallmark card in West Yorkshire.