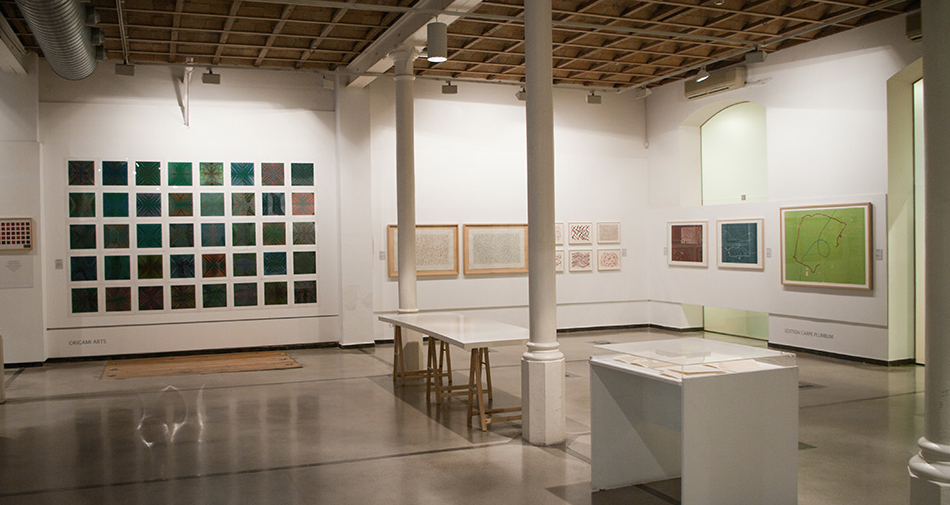 The exhibition Grafik Barcelona-Leipzig, curated by the artist and lithographer Maribel Mas, is a reflection of the current state of the graphic arts in Catalonia and Central Europe. The participating artists and studios offer a representative sampling of the vitality of the graphic arts in the two territories. With the exhibition of these works, the organizers also seek to create a bridge for the exchange of experiences, ideas and creative energies.

Círculo del Arte, which since its founding has welcomed both established and young artists into its catalogue of graphic works, received in its exhibition space, located in the heart of Barcelona’s old town, this overview of intense Mediterranean and Central European creativity.

The ancient European cities of Leipzig and Barcelona share a long tradition in publishing. For centuries, with their verve and allure, they have attracted writers, intellectuals, publishers and book people in general and encouraged the creation of vanguard graphic arts and design studios. The dynamism of their publishing industries made them the publishing capitals of their respective countries. The Saxon city of Leipzig in eastern Germany has a rich cultural past with a strong tradition in science, academia, art, music, commerce and industry. Along with Frankfurt, Leipzig is the historic centre of printing, publishing and book fairs dating back to the seventeenth century.

In its manufacturing and industrial past Leipzig also boasted a major cotton mill – the Baumwollspinnerei – which grew to be the largest in continental Europe and is now home to one hundred artist’s studios. There, a new generation of artists of innovative spirit explores alongside established masters the dazzling possibilities of the graphic arts. Thanks to their discoveries, venerable techniques such as woodcut, engraving, etching, linocut, cliché verre and lithography are experiencing a new boom in Germany.

To read more about the printmakers and artists who were present in the exhibition, download this pdf: GRAFIK BARCELONA-LEIPZIG. pdf