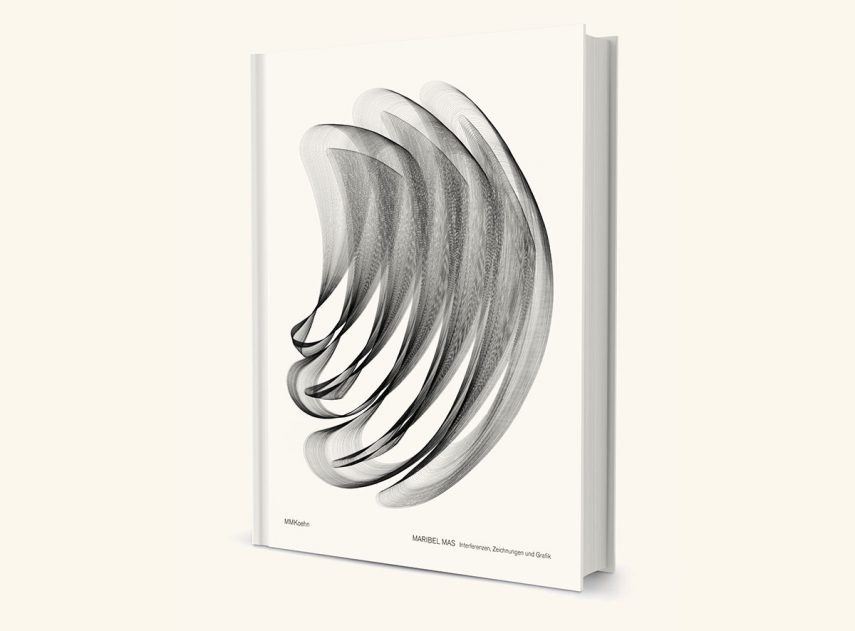 Interferences arise through the chance meeting of lines in the drawings and graphic art of Maribel Mas. Using cardboard templates, she traces lines that are taut as strings and vibrate like those of a musical instrument. The repetitive patterns of serial music have indeed been influential in her work, in particular the minimalistic compositions and “phase music” of Steve Reich, with its almost identical phrases overlapping and slowly shifting out of sync. A similar approach has led the artist to experiment with the possibilities of a “phase drawing,” using only the simplest of materials: paper and ink.

More than just a surface, the paper itself becomes an active element as the artist’s work takes shape. The process of understanding each type of paper, of discovering the potential and unique character of a non-industrial, non-standardized material has been a gradual one, made possible only in collaboration with master craftsmen in Aoya, Japan, who manufacture the paper by hand with the fibers of ganpi, mitsumata and kouzo plants.

In her Barcelona workshop and the Leipziger Baumwollspinnerei, Maribel Mas has collaborated on various projects allowing her to experiment with the possibilities of line. From these experiences with lithography, cliché verre and photopolymer she has increasingly focused on the repetitive use of lines as a constructive element in her work. The interferences, occurring naturally in a working process with no preliminary sketches, invite the viewer’s reflection on the multiplicity and transience of things. Or perhaps they simply allow the eye to engage with the lines in a playful way.

Graphic artist and Lithographer Maribel Mas was born 1967 in Caracas. She moved to Barcelona in the year 2000 where she specialized in lithography. In 2005 she founded the Taller Esquina engraving workshop. In recent years she has participated in various graphic-art projects with museums and art schools. Her artwork has been exhibited in Barcelona, Madrid, Paris, Osaka and Leipzig, where she has lived since 2015.